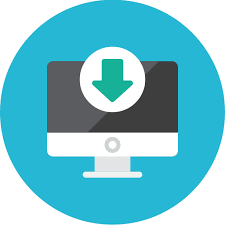 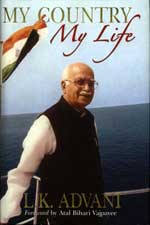 As an immigrant who was forced to abandon his beloved Sindh, which became a part of Pakistan after India, was partitioned in 1947 on the basis of the communally inspired ‘‘Two Nation’’ theory, Advani gives a poignant first-person account of that tragedy.

My country my life -A book by L.K. Advani

Advaniji has been my friend and comrade-in-arms for ever fifty years. He has never compromised on his core belief in nationalism, and yet has displayed flexibility in political responses whenever it was demanded by the situation. He has an open mind that always absorbs new ideas from diverse sources. I am certain that My Country My Life will be read widely, and with keen interest, by people from diverse backgrounds. For mirrored in it is the remarkable journey of a sensitive human being and an outstanding leader whose best, I hope and pray, is yet to come.

My Country My Life

My Country My Life is an extraordinary self-portrait of India’s leading political personality—L.K. Advani. As an immigrant who was forced to abandon his beloved Sindh, which became a part of Pakistan after India, was partitioned in 1947 on the basis of the communally inspired "Two Nation" theory, Advani gives a poignant first-person account of that tragedy. With a career spanning six decades as a political activist in post-1947 India, during which he has been a ring-side viewer of, and participant in, almost all the major socio-political developments in India, Advani is uniquely qualified to offer a perspective on Independent India’s political evolution. The apogee of Advani’s achievement was his seminal contribution, together with his senior colleague Atal Bihari Vajpayee, towards ending the Congress party’s dominance over India’s polity by building the Bharatiya Janata Party as a viable alternative for governing India. The book provides a riveting, insightful and assertive account of Advani’s fight for democracy during the Emergency, his Ram Rath yatra for the reconstruction of the ram temple at Ayodhya that resulted in the biggest mass movement in Independent India since Independence and catalysed a nationwide debate on the true meaning of secularism, and his years as India’s Deputy Prime Minister and Home Minister in the Vajpayee-led government of the national democratic Alliance between 1998-2004.

My Country My Life is a testimony to what Advani’s admires as well as his critics has always known him for: the gift of clarity of thought, strong convictions and forceful articulation. This is a candid reflection on himself, his party and his nation that is likely to engage readers in a tour de force with India’s leading statesman. In a country where political memoirs, especially by those who are still active in politics, are rare, this book is a landmark.